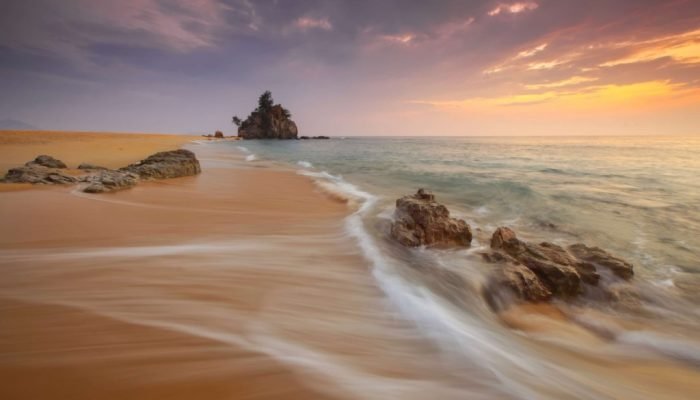 “And the younger of them said to his father, ‘Father, give me the portion of goods that falls to me. ’ So he divided to them his livelihood.
“And he said to him, ‘Son, you are always with me, and all that I have is yours.”
‭‭Luke‬ ‭15:12, 31‬ ‭NKJV‬‬

Often we think that the father gave the portion of his inheritance only to his younger son as he insisted on having it. It is true that the younger son did insist to have his share . However, the truth of the matter is that the father divided the inheritance to both His sons.
The older son had his own share too, even though he didn’t ask for it. Therefore, the older son shouldn’t have complained, because the fatted calf & the celebration were not out of his own share .
The point that upset him was that he was not rewarded even though he worked hard in serving his father all throughout.
The greatest reward is not for what we do unto God , rather how much we enjoy being in constant fellowship with the father. And also being in the constant fellowship with the Father which causes us to inherit ALL that the father has . Amen 🙏

My beloved friend , as we end this month ,
Let us remind ourselves that God is always Right & Just in His reward and His reward is even for the outworking of His Grace in our lives .
Remember, He longs to hear us calling Him ,
“ Abba, Father “ 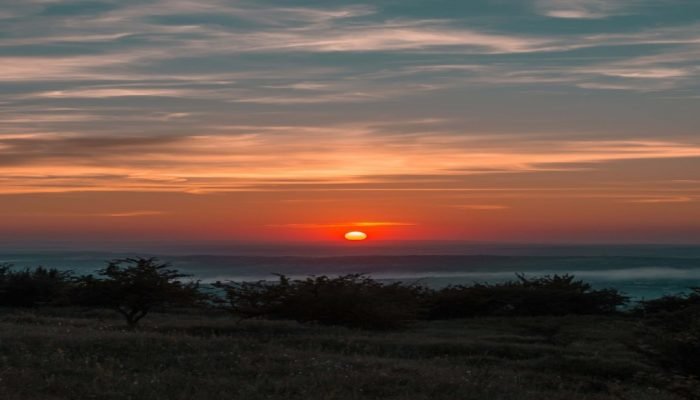 ““But when he came to himself, he said, ‘How many of my father’s hired servants have bread enough and to spare, and I perish with hunger! I will arise and go to my father, and will say to him, “Father, I have sinned against heaven and before you, “. And he arose and came to his father. But when he was still a great way off, his father saw him and had compassion, and ran and fell on his neck and kissed him.”
‭‭Luke‬ ‭15:17-18, 20‬ ‭NKJV‬‬

The above story of the prodigal son is actually a heart rendering & a very moving reality of a loving Dad !

When the younger son had spent his precious youth in his prodigal living & came to his wits end, the Holy Spirit brought him to his senses. The first thing that came to his mind was the generosity of his Father that extended even to the hired servants.
As the son arose & came to His Father, while the son was still a great way off, the Father lavished His love on him, putting on him the best robe, a ring on his finger & sandals on his feet! The son never expected this, as he wished that he would be accepted as one of the hired servants.
This is what Grace is all about . Going beyond our expectation and blessing us even though we are not worthy.

Even today, my dear friend, it doesn’t matter what has been your past . Your own heart may condemn you . But your Father’s love is beyond you could fathom . He will surely restore all your losses in terms of status , health , wealth and time. ““Do not fear, little flock, for it is your Father’s good pleasure to give you the kingdom.”
‭‭Luke‬ ‭12:32‬ ‭NKJV‬‬

‘Fear not little flock’ …. today, this is the voice of the Lord Jesus to you, expressing the good will & the pleasure of His Father & your Father in heaven.

You may be insignificant, you may not have been born with a silver spoon, you may have been longing for your healing, may be your estranged relationship with a loved one is hurting you, may be you are secretly shedding tears concerning your spouse or your child, may be your poor background & insecurities make you cringe from facing the world…, whatever be your wilderness….
The Goodnews today is that your Heavenly Father is pleased to give you His Kingdom where you will flow in the abundance of grace & the gift of Righteousness which makes you reign!
Rejoice & be exceedingly glad!
Today is the day & Now is your destiny’s time!! “Every good gift and every perfect gift is from above, and comes down from the Father of lights, with whom there is no variation or shadow of turning.”
‭‭James‬ ‭1:17‬ ‭NKJV‬‬

What a beautiful Truth!
Every good gift and every perfect gift is from above – irrespective of the means , the source is always our Father in heaven. Our Father in heaven is the Father of lights which means that there is no variation from light or shadow or darkness in Him at all.

Father’s nature being full of light, always good, always perfect & always impartial, assures us that the gift that comes from Him is only good & perfect in every way and always.

He gave His only Son as a gift unspeakable & through Him salvation to the entire mankind. Along with His Son He will also give us everything else that we need or ask without partiality. Hallelujah!

As you keep confessing that you are the righteousness of God in Christ Jesus, you are positioned to receive every good gift & perfect gift from the Father! Amen!! “All things have been delivered to Me by My Father, and no one knows the Son except the Father. Nor does anyone know the Father except the Son, and the one to whom the Son wills to reveal Him.”
‭‭Matthew‬ ‭11:27‬ ‭NKJV‬‬

All things have been delivered into the hands of our Lord Jesus. We receive these blessings, when the Son reveals the Father .
No one can know God as father unless revealed by the Lord Jesus. Once we see the Father revealed by our precious Lord , there is that restoration of Father – Child relationship. 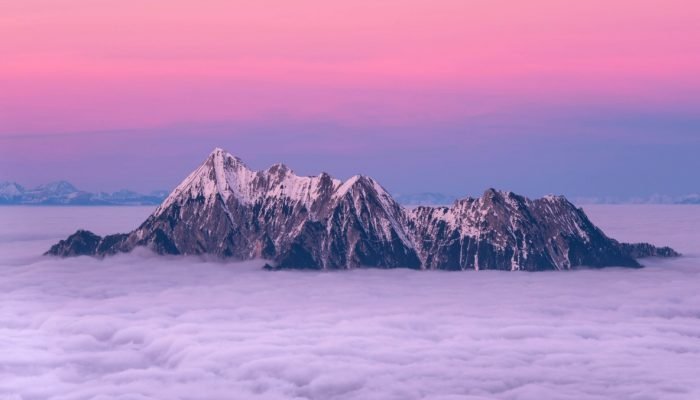 “Jesus said to him, “I am the way, the truth, and the life. No one comes to the Father except through Me.”
‭‭John‬ ‭14:6‬ ‭NKJV‬‬

What a powerful statement from our Lord Jesus !
There are two great truths that we are enlightened. Firstly , if Jesus is the way, then there should be a Destination.
Father in heaven is the Destination . The purpose of the Lord Jesus was to bring to mankind, a father -child relationship . This is the closest relationship between the Creator and the creation, which is in His image.

Secondly , the Lord Jesus went on to say that this relationship between Father and the child can happen through the Lord Jesus alone . People can approach God as God , which is presently happening in all faiths . But, the unique relationship of God as the Father can take place only when the Son of God himself reveals to us the Father. Yes! This is marvellous and truly awesome !! Amen. “If you then, being evil, know how to give good gifts to your children, how much more will your Father who is in heaven give good things to those who ask Him!”
‭‭Matthew‬ ‭7:11‬ ‭NKJV‬‬

This has been one of the verses in the Holy Scriptures that has changed my perception of our Heavenly Father .
He is too good to be true!
He is your Father !!
__I lost my dad around 31 years back . The whole world came crumbling down all of a sudden when I was pursuing my professional career . It was like an umbrella of shade taken off from me and was suddenly exposed to the direct heat , scorching me….life was lonely & bitter. Night after night I would weep and question God why me alone to be targeted to go through suffering . Within a year and few months , Jesus came into my life and my whole world changed and the Father of Heaven became my Daddy God ! Hallelujah!!Since then my life has never been the same. What great joy & security!

Yes my beloved , this same
Heavenly Father can change your life too and grant an unshakable assurance in your life . Amen 🙏 “The one who breaks open will come up before them; They will break out, Pass through the gate, And go out by it; Their king will pass before them, With the LORD at their head.””
‭‭Micah‬ ‭2:13‬ ‭NKJV‬‬

The breaker who is the Lord your God goes before you in advance into your possession. His righteousness goes before Him breaking every obstacle & making every crooked path straight.

His footprints make a pathway before us easy to traverse & smooth to pass. It’s the pathway of righteousness where there is no death nor struggles.
Be confident that where He is guiding you to, is the best & the most blessed!

Today, you will receive your breakthrough as a reward because of your King who has gone before you to lead you to your inheritance in Jesus’ Name! Amen!! “And let us not grow weary while doing good, for in due season we shall reap if we do not lose heart.”
‭‭Galatians‬ ‭6:9‬ ‭NKJV‬‬

Beloved of the Lord, this day the Lord Jesus wants to encourage all those to hold on to Him & His righteousness, saying that it’s your season now to receive His reward in your life!

Long waiting makes the heart sick but when the desire comes it’s the tree of life. It’s very true! Even through your most difficult trials you held on to Jesus & He is never an unjust God to forget your labor of love.

Scripture says that seeking Him is never a vain thing . Those who seek Him will never be disappointed. There is a sure reward to all those who hold on to the confession that they are the righteousness of God in Christ Jesus! Amen 🙏🏽 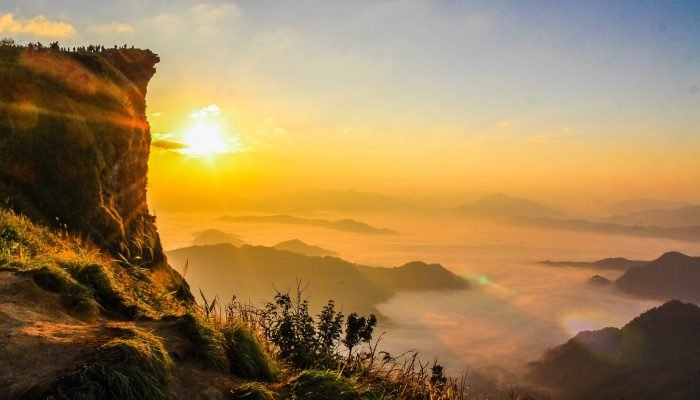 “Behold, the Lord GOD shall come with a strong hand, And His arm shall rule for Him; Behold, His reward is with Him, And His work before Him.”
‭‭Isaiah‬ ‭40:10‬ ‭NKJV‬‬

My beloved , whatever be the area of your life where you are trusting the Lord Jesus for His intervention to bring the answer, He is giving you His strong assurance that His might & His righteousness has worked for you to bring the answer.His work, which is the finished work of the Lord Jesus on the cross has gone before you already to bless you in every area of lack & difficulty.

His love, His might, His righteousness & His finished work of the cross bring blessings upon us which is entirely to the merit of the Lord Jesus. Yet, He also comes with His reward for trusting Him.

What an amazing grace & a wonderful Savior we have in the Lord Jesus!

Wait eagerly for His answer as well as His reward because you are the righteousness of God in Christ Jesus!