30th April 2021
Grace for you today !
Soaring to Excellence through Christ !

“From that time Jesus began to show to His disciples that He must go to Jerusalem, and suffer many things from the elders and chief priests and scribes, and be killed, and be raised the third day.”
‭‭Matthew‬ ‭16:21‬ ‭NKJV‬‬

The Lord Jesus for the first time began to reveal His greatest plan of redeeming not only mankind but also making mankind to reign. For this to happen, He had to go through suffering and death in Jerusalem and be RAISED UP THE THIRD DAY. Hallelujah!

Only His Resurrection from the dead can cause you and me to soar to Excellence. If you just believe this , you will surely experience His Resurrection power to quicken every area of sluggishness and give life to areas of unproductiveness and hopelessness.

His death put an end to your old lifestyle. However, His life ( resurrection) has birthed in you the “New You” – developing the “New You” into a man of excellence.
Therefore, confess that you are the righteousness of God in Christ because His Righteousness is the Power of His Resurrection.

Get ready! For your inheritance is at hand !! 29th April 2021
Grace for you today !
Soaring to Excellence through Christ !

“Jesus answered and said to him, “Blessed are you, Simon Bar-Jonah, for flesh and blood has not revealed this to you, but My Father who is in heaven.
And I also say to you that you are Peter, and on this rock I will build My church, and the gates of Hades shall not prevail against it.
And I will give you the keys of the kingdom of heaven, and whatever you bind on earth will be bound in heaven, and whatever you loose on earth will be loosed in heaven.””
‭‭Matthew‬ ‭16:17-19‬ ‭NKJV‬‬

Secondly, no force of darkness can ever overcome you. You are insulated by His grace and righteousness.

Thirdly, you are given the authority to forge ahead in all aspects of your life. The Kingdom of heaven backs you 24*7, causing you to soar to excellence through Christ’s resurrection power. Amen 🙏 28th April 2021
Grace for you today !
Soaring to Excellence through Christ !

“Simon Peter answered and said, “You are the Christ, the Son of the living God.” Jesus answered and said to him, “Blessed are you, Simon Bar-Jonah, for flesh and blood has not revealed this to you, but My Father who is in heaven.”
‭‭Matthew‬ ‭16:16-17‬ ‭NKJV‬‬

To know God it takes only God to reveal Himself. Jesus went about doing good, healing the sick, cleansing the leper, multiplying the loaves, forgiving the wretched, casting out the demons, raising the dead and His good works went on and on .
Yet the benefactors of His Grace and love couldn’t properly discern His true identity that He is the Christ, the Son of the living God.
Peter alone was spot on because God Himself revealed it to him. As a result, Peter received unusual Power and unprecedented authority.

My beloved, desire to know Lord Jesus’ true identity especially His Resurrection power. God through His Holy Spirit will reveal this to you & You will soar to excellence even as He bestows His power & authority on you through the revelation of His resurrection power. Amen 🙏 27th April 2021
Grace for you today !
Soaring to Excellence through Christ !

“And I also say to you that you are Peter, and on this rock I will build My church ( Ekklesia) , and the gates of Hades shall not prevail against it.”
‭‭Matthew‬ ‭16:18‬ ‭NKJV‬‬

The Church that Christ desired to build was not a religious house carrying out religious functions, which most of us think of.
Nor is it just a gathering where we gather to sing songs, to have goose bumps during worship and sit back to listen to sermons.

Church in the original Greek means “ Ekklesia”which is a body of individuals, whom God called out from darkness and ushered into the Kingdom of His Son ( Colossians 1:13). They believe in Jesus who is Christ the King, Son of the Living God to carry out the Kingdom rule on the face of the earth.

Ekklesia is the directive Arm of Christ to establish His righteousness and peace on earth. Even the gates of hades ( which is the abode of the dead) cannot prevail against the Ekklesia(Church).

Ekklesia, endowed with His Resurrection power is invincible, unconquerable and unstoppable because of her King – Jesus the Christ, who rose from the dead , never to die again. Amen 🙏 26th April 2021
Grace for you today !
Soaring to Excellence through Christ !

“He said to them, “But who do you say that I am?” Simon Peter answered and said, “You are the Christ, the Son of the living God.””
‭‭Matthew‬ ‭16:15-16‬ ‭NKJV‬‬

Christ means “Anointed King” . Jesus was never questioned for being a prophet nor a great teacher nor a good and compassionate man. What was challenged about Him was that He claimed Himself as the King of Israel and also that He is the Son of the Living God.
He was persecuted , suffered greatly and was crucified at last for this very claim.

But God attested His claim by raising His from the dead on the third day.
Jesus the Christ is not only the King but also the Eternal King – reigning forever. Death could not stop Him . He lives forever! He is the Lord of Lords and the King of Kings ! Hallelujah!

All those who believe in Jesus that He is Christ the King, the Son of the Living God will surely experience the same resurrection power that raised Jesus from the dead.
My beloved, Jesus is the Lord and Christ the King . Just believe Him and this week you will experience His unmatchable, unconquerable, unimaginable Power, causing you to soar to excellence ! Amen 🙏 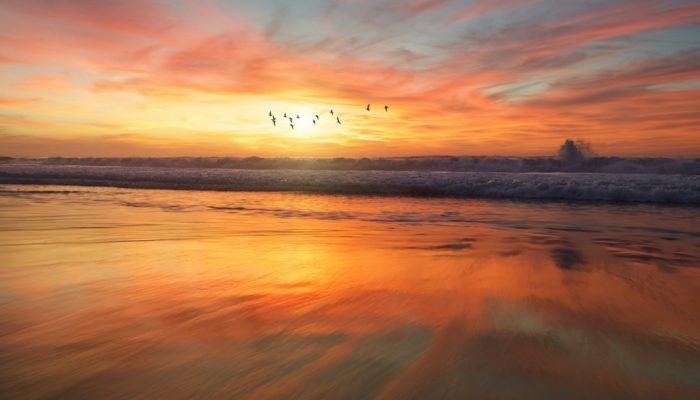 23rd April 2021
Grace for you today !
Soaring to Excellence through Christ !

“and being fully convinced that what He had promised He was also able to perform. And therefore “it was accounted to him for righteousness.””
‭‭Romans‬ ‭4:21-22‬ ‭NKJV‬‬

My beloved, you too can be like Abraham , strong in faith. Just follow his foot steps of faith. Focus on God’s ability and not yours , His faithfulness and not yours, His Righteousness that was worked out for you by the Lord Jesus and given to you as a gift.

Remember, your confession that you are the righteousness of God in Christ Jesus triggers off His Resurrection power into every facet of your life & in areas where it may seem totally hopeless. Amen 🙏
Have a great weekend ! 22nd April 2021
Grace for you today !
Soaring to Excellence through Christ !

“And not being weak in faith, he did not consider his own body, already dead (since he was about a hundred years old), and the deadness of Sarah’s womb.”
‭‭Romans‬ ‭4:19‬ ‭NKJV‬‬

Abraham and his wife Sarah were weak in their bodies but not weak in faith . This is worth pondering. When we feel good we confess things rightly & we are full of spirit and enthusiasm . This is because we link our faith with our feeling.

Faith is not based on how you feel rather how faithful Jesus is. Faith doesn’t deny the fact, which will most likely be contrary. Also, faith doesn’t promote the fact or feeling above God’s promise.

Confessing Christ as your righteousness helps you to thwart every negative voice whether it comes from within you or from outside . This is faith which suppresses fact and reigns supreme through the Resurrection Power of Christ. Amen 🙏 21st April 2021
Grace for you today !
Soaring to Excellence through Christ !

“(as it is written, “I have made you a father of many nations”) in the presence of Him whom he believed—God, who gives life to the dead and calls those things which do not exist as though they did;”
‭‭Romans‬ ‭4:17‬ ‭NKJV‬‬

God appeared to Abram when he was 99 years old, promising that he would become a father of many nations. Though he did have a child through Hagar, yet the promise was to have a child through Sarah, who was completely barren. Secondly, at 99 years, Abram himself was not capable to bring forth a child.
Abraham, however, believed in the resurrection power of God that God gives life to the dead and He calls those that are nonexistent to come into existence.

Sometimes I wondered how Abraham could believe God consistently over many years ? Now, I am convinced that Abraham kept his confession about God’s righteousness as the basis for the fulfilment of the promise.

My beloved, let’s keep our confession that we are righteousness of God in Christ consistently .
This is your true identity and confessing your true identity, releases the power of Resurrection that quickens every organ & every dead situation of your life, causing you to soar to excellence. Amen 🙏 20th April 2021
Grace for you today !
Soaring to Excellence through Christ !

“let it be known to you all, and to all the people of Israel, that by the name of Jesus Christ of Nazareth, whom you crucified, whom God raised from the dead, by Him this man stands here before you whole.”
‭‭Acts‬ ‭4:10‬ ‭NKJV‬‬

It was a notable miracle ! This man was formed lame in his mother’s womb. He had a faulty DNA & as a result he was born lame and had never walked in his life. One may classify him as the victim of fate. Some may attribute it to ancestral curse – passed on from his parents or forefathers.

There seemed no remedy from either medical science or the religious beliefs. The ONLY way was the Resurrection power of the Lord Jesus ! God raised Jesus from the dead to bring healing and miracles to mankind. Hallelujah!

There is absolutely NO irreparable human suffering in this world that cannot be addressed by Jesus the Risen Lord. Yes, Nothing is impossible because Jesus is truly risen. It takes a revelation of His resurrection to appropriate this Power to any facet of life.

“….that if you confess with your mouth the Lord Jesus (His Righteousness) and believe in your heart that God has raised Him from the dead, you will be saved ( from all agonies of life)”‭‭ Romans‬ ‭10:9‬ ‭
Amen 🙏 19th April 2021
Grace for you today !
Soaring to Excellence through Christ !

“To you first, God, having raised up His Servant Jesus, sent Him to bless you, in turning away every one of you from your iniquities.” Acts‬ ‭3:26‬ ‭NKJV‬‬

What a glorious Truth ! Blessing has come to everyone because God raised Jesus from the dead. This is truly liberating! If you only believe that Jesus rose from dead and that He is alive forevermore, you become the recipient of His blessings.

Therefore, confess that you are the righteousness of God in Christ. This destroys the power of sin and death. And when you confess “Jesus my Lord is risen”, you walk in the newness of life, victorious & full of blessings ! Amen 🙏