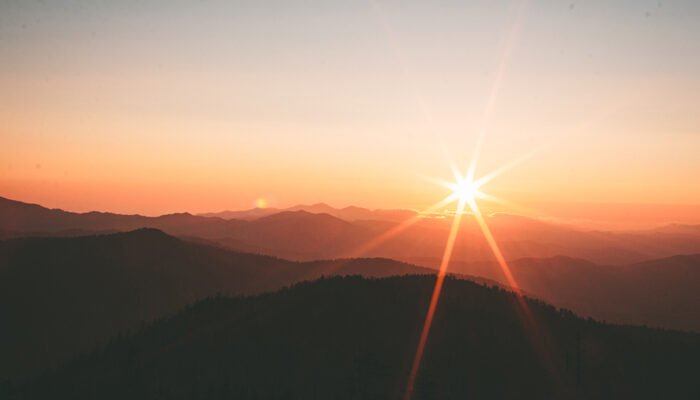 My beloved of the Lord Jesus Christ, as we come to the end of this glorious year, we all should take the advice of Apostle Paul seriously. He knew for certain his identity in Christ Jesus. He always proclaimed his identity that he is the righteousness of God in Christ Jesus & he always sought for a fresh understanding of Christ’s Righteousness to reign in this life , eventhough he encountered a lot of trials and bad breaks.

But he did this one thing : forgetting the past and reaching forward toward God’s destiny for him. He realised two things while pursuing this ‘one thing’ : 1. There is no point dwelling in the past whether agonies or accomplishments whether stressful times or successful moments . 2. God has something awesome and more glorious in the future and need to press on towards the upward call.

My beloved, even so there is no point dwelling in past glories nor in the not-so-good 2022. One thing is for sure -Jesus Christ is Jehovah T’sidkenu and those who trust in Him will never be disappointed.  His first miracle at Cana of Galilee when He turned water into wine was the best. So also, the best from God for you is yet to come! 2023 will usher in His very best for you!!

If you are struggling to let go the past, you can take great comfort from the life of Joseph in the book of Genesis. He testified saying, “For God has made me forget all my toil and all my father’s house.”  and he named his son as *Manasseh. Genesis‬ ‭41‬:‭51‬ . Today God is giving you “the gift of Manasseh”- the ability of forget and forgive . Receive this gift and declare that you are the righteousness of God in Christ Jesus. Christ in you is the Glorious hope unfolding in 2023 !  Amen 🙏

I thank you for joining me every day of this year in the devotional. I bow down in worship and adoration to my only Saviour and Lord Jesus the Mashaich for inspiring me through His Holy Spirit every single day faithfully without failing.
Signing off for now and will sign in again by His amazing grace in 2023! Grace for you today !

Christ in me, The Glorious Hope

“*For I consider that the sufferings of this present time are not worthy to be compared with the glory which shall be revealed in us. For we know that the whole creation groans and labors with birth pangs together until now. Not only that, but we also who have the firstfruits of the Spirit, even we ourselves groan within ourselves, eagerly waiting for the adoption, the redemption of our body.”

My beloved, as we are coming to the close of this year, we may recall the times where there would have been ups and downs, times of disappointments, sicknesses and losses. But, Apostle Paul encourages us saying that these sufferings cannot be compared to the glory that shall be revealed in us.

The whole creation of God is groaning until now for this glory to be revealed in us so that the whole creation can be delivered from futility through the redemption of our physical bodies, when God transforms us from the lowly bodies to His glorious body.

Christ is us is that hope of Glory! He Himself is the Glorious Hope!! The Holy Spirit in us will soon cause this hope to fruition & will also subdue all things to Himself whereby all our sorrows shall be turned into joy. Amen 🙏 *Grace for you today !

*Christ in me, The Glorious Hope !

“For the earnest expectation of the creation eagerly waits for the revealing of the sons of God. For the creation was subjected to futility, not willingly, but because of Him who subjected it in hope; because the creation itself also will be delivered from the bondage of corruption into the glorious liberty of the children of God.”

Recently, as I was meditating on the theme “The Word becoming flesh”,my heart asked me why was it that the Word should became flesh and not any other form of creation ? (Actually, the Word has the power to be incarnated into anything such as a plant or an animal or a creeping creature or a bird or a fish or as a tree or a stone or any other form of non living creation. )

But why the Word became human ?

Jesus came to redeem men from sin and to restore them to glory by transforming them to be the sons of God.

The whole creation is eagerly waiting for the manifestation of the sons of God which is possible only through Christ in mankind, the hope of this glory.

My beloved, Jesus Christ is your righteousness! * *Christ in you is the manifestation of the fullness of God’s glory that culminates in transforming you to be the Son of God in the very image of Christ ! Amen 🙏 This is the Word ( Rhema ) that comes forth from the mouth of God that brought into existence the entire creation of which we are part of & are witnesses.

When we hear this “Word” ( Rhema), faith proceeds and is consummated in us & through us as we keep hearing.

This is the “Word” ( Rhema) that the Lord Jesus quoted saying, “Man shall not live by bread alone but every Word( Rhema) that proceeds from the mouth of God.”

This is the Word ( Rhema) that resulted from Logos and is called “Jesus“. Hallelujah!

Jesus is God’s speaking Word that brings in you and for you, a complete and holistic solution.

My beloved, when you pray to the Holy Spirit to open your eyes to see Jesus, you are asking for a complete and permanent solution to all your problems.  Amen 🙏 The WORD in original Greek is “Logos” meaning God’s infinite intelligence!
Jesus is the WORD incarnate & the Word became flesh and blood .

Whereas, the first man was called Adam because he was made out of the dust of the ground. ‘Ground’ in the original Hebrew is called ‘ Adamah’. Adam is the derivation from Adamah whereas Jesus is the Incarnate Logos.

Jesus is from above, speaking the mind of God  whereas Adam is of the earth and so also all his descendants which includes you and me. We speak things that are of the earth. We are taught chemistry, physics, Biology, Geography ,Geology and so on . All these teach us concerning this earth. In this learning, a point will come when man will say as it is written in Ecclesiastes 1:9, “That which has been is what will be, That which is done is what will be done, And there is nothing new under the sun.”. This is because our pursuit is of the earth that is under the sun.

But, Jesus comes to reveal to us the heavenly things. He is God’s supreme intelligence. He is the display of God’s splendour. Every time, the Holy Spirit reveals Jesus, you get to know something NEW!  Your understanding is greatly enriched . Your whole personality undergoes a complete transformation. Hallelujah!

My beloved, seek for a fresh understanding of Jesus.  _Let’s sincerely pray to God, our Heavenly Father morning and evening for the spirit of wisdom and revelation of Jesus _ that will bring in our lives both heavenly & a 360 degree earthly blessings! Amen 🙏 “And the Word became flesh and dwelt among us, and we beheld His glory, the glory as of the only begotten of the Father, full of grace and truth.”
‭‭John‬ ‭1‬:‭14‬ ‭NKJV‬‬

This is the most powerful and the willful act of God that put a complete end to human suffering and ushered in everlasting joy and peace to the whole human race. Hallelujah!

Jesus is the Word Incarnate !

For what reason? For you and for me!
So that we can be redeemed from all suffering, from the terrible sin and the cruel death; to be with God forever- full of joy and peace – never to die and to become the Sons of God in the exact image of all that God is!

My beloved, just the way He chose, it also takes your wilful choice to experience His redemption , to become truly God in the exact image of Him. (“_But as many as received Him, to them He gave the right to become children of God, to those who believe in His name:” _ John‬ ‭1‬:‭12‬ ‭NKJV‬‬)

My beloved, make this december to remember forever !
Merry Christmas! “That was the true Light which gives light to every man coming into the world.  He was in the world, and the world was made through Him, and the world did not know Him.”
‭‭John‬ ‭1‬:‭9‬-‭10‬ ‭NKJV‬‬

Jesus is the illuminating Word ( verse 9)

When man sinned, he lost the consciousness of God. It is man’s spirit that was incapacitated or paralysed or was dead through sin. That is why the above verse says that the world did not know Him (Jesus) because the spirit in them was dead.

But Jesus is the illuminating Word to every man who comes into this world. However, it will take man’s willingness to receive Jesus, the Illuminating Word.
Jesus is the True Light who has the power to revive the incapacitated or paralysed or deaden spirit in man which will restore man to God consciousness that springs up to eternal life. Hallelujah!

My beloved, when you receive Jesus willingly, your life will be completely transformed.  For, true transformation is inside out – permeating from your spirit touching your soul and body.
All issues concerning mind, emotion and will and also all the parts of the body receive this life of God for complete & permanent healing, that causes man to walk In Divine health.

Jesus Christ in you makes you the epitome of Divine health!  Amen 🙏 “In Him was life,  and the life was the light of men. And the light shines in the darkness, and the darkness did not comprehend it.”
‭‭John‬ ‭1‬:‭4‬-‭5‬ ‭NKJV‬‬

My beloved friend, expect this truth to actualize in your personal life during this Christmas time.
You are the righteousness of God in Christ Jesus – eternally decided, executed on the Cross, actualized now (when we believe) to experience forever!  Amen 🙏 “He was in the beginning with God. All things were made through Him, and without Him nothing was made that was made.”
‭‭John‬ ‭1‬:‭2‬-‭3‬ ‭NKJV‬‬

Being Eternal, He could bring into existence all things both seen with human eyes and the unseen. He is the Creator and the rest is His creation. My beloved, as we have begun celebrating Christmas, the reason for the season is Jesus! Therefore, I wish to present to you this Jesus through the help of the Blessed Holy Spirit, the Helper.

Jesus Christ is the incarnation of God in the human flesh. Before He became a human being, He was the Word of God.
John says this so beautifully in the above verse. He says that before there was any beginning, the Word existed. That means even though Jesus was born into this world as a baby 2000 years back, yet He existed before, even before time began. He is Eternal God!

The Word was God Himself.  This is where people find it hard to understand . Is not God singular? How can then the Word who was with God be God Himself?